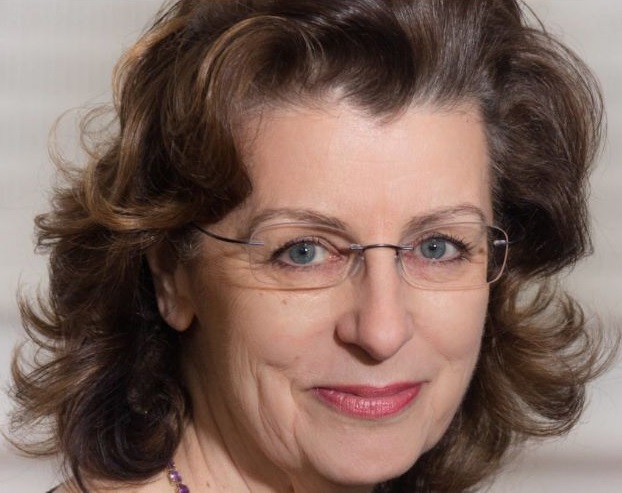 Catherine Vickers was born in Regina, Sask. Canada and studied in Edmonton, Alberta before going to Europe on a Canada Council grant to further her studies in Hannover, Germany.
By “unanimous decision of the Jury”, she was awarded the Busoni Prize and Gold Medal at the Concorso Pianistico Internazionale F. Busoni (1979) and was also a prize winner at the Sydney International Piano Competition (1981).
After many years of teaching as a professor at the Folkwang-University in Essen, Germany, the artist was appointed Professor at the University of Music and the Performing  Arts in Frankfurt am Main, Germany.
Catherine Vickers concertizes in Asia, Europe, North and South America. Her extensive repertoire includes standard and avantgardistic works of the piano literature (as in two special CD productions – “Waltzes throughout the 20th Century” AM 1363-2 and “Nicolaus A. Huber – Complete Works for Piano” Koch Schwann Aulos 3 – 1817 – 2.).
The first three volumes of her piano exercises for contemporary music „The Listening Hand“ were published by Schott, the appearance of the fourth and last volume impending.
Many of her students have enjoyed successes at international competitions.
She is a regular guest at international festivals (also at festivals for contemporary music in Montréal, Munich, Darmstadt, Ghent, etc). For ten years she was artistic director of the festival Piano+ – Music for Piano and Electronics in Karlsruhe, Germany and has held master classes at international courses such as the Summer Academy Mozarteum –
Salzburg, Varna Summer Festival, March Music Days – Rousse, Akoyoshidai – Japan, Euro Festival – Korea, Musicalp – Courchevel, Schloss Heiligenberg – Germany. Her artistic activities also include serving as a jury member at numerous international piano and chamber music competitions.
For further information see „Lexikon der Klaviermusik“ Laaber Publishers